Although this site is dedicated to all the fun you can have in and around water, there’s a lot to be said for the waterside. The beach, in particular, is a great place to have fun.

So, if you’re on a sandy beach and want to have a good time without getting wet, here are ten great activities you can try instead.

Volleyball is a particularly popular sport to play on the beach. Maybe it has something to do with how much more forgiving it is to fall or dive on soft sand than on hard surfaces.

Do we have to explain the rules? Well, it’s a little like playing tennis, with a net in the middle of the playing field. Players on either side hit the ball at each other over the net with their bare hands. Just as in tennis, you score a point if your opponents miss the return or hit the ball into the net.

The great thing about beach volleyball is that you don’t really need much equipment. One ball and a net and you are ready to go. If you don’t have a net, it’s possible to improvise as well. This is an intense, physical game and made extra challenging by how much the soft sand saps your energy. Hydration and sunscreen are not optional.

Tug of war is one of the oldest tests of strength in human history, and it also happens to take on a special dimension when you take it to the beach. The idea is that two teams of people each grab a rope and then pull against each other. At the center of the rope is usually some sort of marker. When that marker moves over the opposing team’s line, you lose the tug of war.

On a beach, this becomes a much harder game to play. The soft sand saps up the energy from your leg muscles and by the end of the match you and your whole team might very well be almost horizontal.

This is another easy one to prep for, since all you need is rope. Using a proper rope is important, but the good news is that there’s usually some thick boating rope around if you didn’t think to pack a purposely built one.

The Frisbee has been around for more than half a century and is especially popular on the beach. In fact, the inventors of the Frisbee got the idea by tossing a cake pan around on a beach and were having so much fun that other people wanted to buy it from them.

I probably don’t have to explain what a Frisbee is, but I’m going to anyway. It’s a disc that’s got the shape of an airfoil, which means that if you toss it, the disc will glide. Give it some spin and you can pull off some pretty amazing moves.

There are plenty of Frisbee games, but the most basic way to play is to toss it to someone else and have them catch it. It’s also a fantastic toy to use with your dog on the beach, or anywhere else really.

Look, I don’t know which part of the world you’re from, so if I mention the word “Cricket”, you may have no idea what I’m talking about. For the rest of us who spend at least some time in Commonwealth countries, Cricket is one of the most popular games ever invented.

The basic concept of the game involves two batsmen who have to bat away a ball and then run from one set of stumps to another. Each run counts as a point and a batsman is out if the ball makes it past them and hits the stumps.

You can get a small cricket set designed for beach play to give you that exciting-action, cricket feeling right there on the sands. Running after the ball is also way more challenging in deep sand, and who knows how many runs belting the ball into the sea is worth? Check out this affordable cricket starter set if you’re curious about this amazing game.

Oh, sandcastles? Can there be a more obvious example of a beach activity? Well excuse me, cynical person, but have you seen a sandcastle recently? The art of sandcastle building has been taken to some pretty amazing extremes. Just spend a little time on YouTube or searching for guides on the net, and you too could be making the sorts of sand sculptures that cause people to stop and take photos. Just make sure you don’t build that sandcastle too close to the tidal line, or all that hard work will wash away before you actually have a chance to finish it!

If you like the idea of flying a kite on the beach, but don’t like the idea of actually being flown by a kite, then this traditional pastime is a pretty great way to spend a day at the beach. In fact, the cold windy days when you can’t actually swim are perfect for going to fly a kite. You can get away with so much more as well, since those are also the days when there aren’t likely to be many people, which is one of the main things you need to look out for.

Kites aren’t just for these lonely beach days, either. You’ll see plenty of people flying kites at any time of day. Winds are almost always there, on even the sunniest beach days, and kites are easy to pack.

You’ve probably heard of kite surfing, where surfers are pulled along on their boards by huge kites. They can even get airborne over the water!

Well, kite buggies take the basic concept of kite surfing and bring it to the soft sand beaches. Instead of a board, you use a kite buggy. It’s a lightweight kart that lets you whizz along the beach, pulled along by a kite.

Make no mistake – this is a fast and exciting sport. Just as with kitesurfing, you can actually get a decent amount of air from these guys. I’ve literally seen a kite buggy rider fly over my head.

Of course, this depends on a lot of factors, not least of which how heavy you are, but it’s a pretty sweet way to zoom along the shore.

All sorts of ball sports are popular on the beach, but if you want safe water fun you can’t go wrong with some Nerf toys. Nerf dart guns are, of course, included in this statement, but it’s the range of Nerf balls and sports equipment that really shine here. They are cheap and safe; they float and can be chucked into your car with ease.

There’s so much variety in what’s available from Nerf, but for my money I think the Nerf range of footballs are the best beach toys. In particular, check out the Nerf N-Sports Turbo Jr.

The beach is a nice place to be, but plenty of people are not interested in running around and getting all sweaty while enjoying the outdoors. You’ll see plenty of folks sitting under an umbrella, reading a book while everyone else gallivants around. It’s a classic beach activity, true, but that doesn’t mean it can’t benefit from a little modern panache.

eReaders using e-ink screens haven’t been all that popular in recent years. Thanks to smartphones and tablets doing a pretty good job of being ebook readers, there’s little incentive to spend money on dedicated devices.

Except, your expensive iPad isn’t going to fare well on a beach or in other outdoor environments.

That’s why I like the Kobo Forma. Personally, I like the Kobo readers better than the Amazon Kindle’s simply because of their flexibility, rather than being locked into the Amazon network. The Forma, in particular, is an excellent choice since it’s waterproof. Add to that a battery life measured in weeks rather than hours. Also, e-ink screens are as readable as paper in outdoor light. The perfect beach companion!

Let me first say that before you even think about using fireworks on the beach, you have to make sure it’s legal. Fireworks require a license or permit in some countries. In others, it’s just flat out illegal.

Assuming that you have the legal right to do so, the beach is one of the best places to shoot off fireworks. Not only is the sand a safe place to launch from, there’s also a large supply of water nearby. Not to mention that there is something especially romantic and majestic about seaside fireworks. It’s the perfect way to end up a day at the beach. 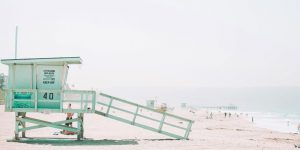 A Simple Guide to Water Safety 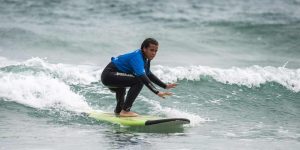 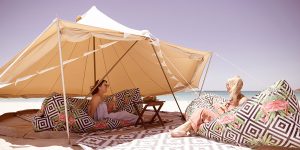 Surfing is an awesome sport for anyone who likes being active and spending time on the water. It will …

END_OF_DOCUMENT_TOKEN_TO_BE_REPLACED

Not all beaches are all lined with shady palm trees, so we often have to improvise or bring our own …

END_OF_DOCUMENT_TOKEN_TO_BE_REPLACED

Water is quite possibly the most important substance on planet Earth. Without it, life could not exist. …