When most people think of scuba diving, the image of divers wearing big compressed gas tanks on their backs comes to mind. The bubbles that escape from each diver is also part of this classic image.

This system of underwater breathing is known as “open-circuit” diving. Scuba tanks are part of an open-circuit system, but there is an alternative design known as “closed-circuit”. Rebreathers are a key part of closed-circuit diving, and we’re going to look at how these two systems compare.

Why is the traditional scuba diving setup called “open-circuit”?

It’s actually a pretty simple concept. Breathing gas is stored in a tank; it’s breathed in through a regulator – oxygenating your blood – and when you exhale it, the gas in your lungs is released into the water. None of it is reused for breathing.

The Components of a Closed-Circuit Diving System

The first part of a closed-circuit system we need to take a closer look at is the mouthpiece.

Both the closed-circuit mouthpiece and scuba regulator are similar in the sense that you bite down on them and breathe in and out through the aperture. However, when you breathe out, the gas from your lungs goes back into the system. So you can also expect more hoses than with an open-circuit system.

Another unique component of a closed-circuit rebreather system is the counter-lung. This is a device that matches the pressure of the gas being inhaled and exhaled to the gas pressure inside the lungs, making it easy for the diver to breathe.

The rebreather also has a device that scrubs carbon dioxide from the exhaled gas, preparing it to be breathed in again. Just as with an open-circuit scuba system, there is also a tank with a breathing gas reserve. Taken together, these are the basic components of a rebreather system.

The biggest advantage of closed-circuit systems is that they let you stay underwater for much longer. This is because the amount of gas consumed by divers using rebreathers is many times less than that used by open-circuit divers.

While the initial cost of a rebreather system is significantly higher than that of open-circuit scuba gear, it works out to be less expensive in the long term since rebreather divers don’t have to spend nearly as much money on expendables. Of course, this isn’t true if you only dive occasionally. But if you dive often, the savings will add up.

The lack or major reduction of exhaled bubbles has advantages as well. Some marine life can be scared off or disturbed by exhaled bubbles, so if you use a rebreather system you can get closer to them without issue.

In fact, it’s not just marine life that gets to enjoy less noise. As a diver you also won’t hear nearly as much artificial noise, thanks to the way that rebreathers work.

So why don’t we all just switch over to closed-circuit diving systems?

There are quite a few reasons why you may want to go with the more popular scuba open-circuit systems. The first and most important reason is that rebreather systems are more complex to learn and use—so much so that you need additional certification and training, even if you’re an advanced regular open-circuit user.

You need to learn quite a few new things when moving over, such as a different style of buoyancy control and different levels of pressure for breathing, since rebreathers are gentler thanks to the counter-lung.

More complexity also means more expense. The initial cost of getting all your diving gear in place is significantly higher with rebreather systems.

Both of these factors make rebreathers unsuitable for snorkelers and other beginners. After all, you have to learn open-circuit diving first, so you’ll buy open-circuit gear.

This means that the cost of a rebreather system usually comes on top of the investment you’ve already made – not a cost most people who are getting started with the hobby will accept.

The typical closed-circuit rebreather used by the average diver is actually more semi-closed than truly closed, since it allows some exhaled gas to leave the system.

These systems use a relatively simple method to reoxygenate exhaled gas, by adding a precalculated amount of nitrous oxygen mix into it. This is still much more efficient than open-circuit systems, but it’s nothing compared to high-end professional or military-grade rebreather systems.

These complex, computer-controlled rebreathers have sophisticated software and sensors that dynamically control the process of keeping the diver oxygenated. These systems can provide more time underwater but require even more maintenance and training to use properly.

Should You Go the Closed-Circuit Route?

If you’re a qualified and experienced open-circuit scuba diver who wants to spend more time underwater and wants to have a more comfortable, peaceful, and marine-life-friendly dive, you should consider it.

Just keep in mind that you’ll have to invest quite a bit of money and undergo extra training for the privilege. 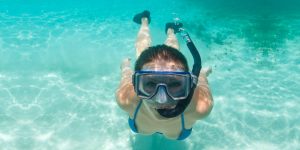 The Best Snorkel Mask of 2022 (for Diving and Freediving) 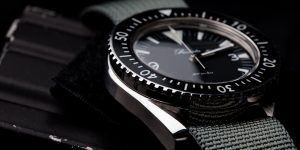 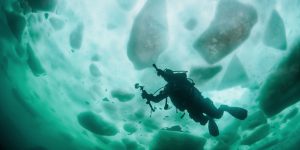 How to Acclimatize to Cold Water Diving 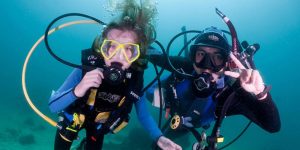 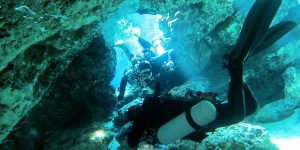 What is Sidemount Diving? 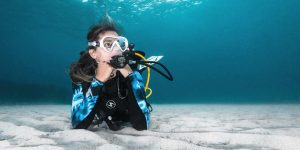 Scuba Diving in a Nutshell – the Basics of Scuba

END_OF_DOCUMENT_TOKEN_TO_BE_REPLACED

Diving watches have become a bit of a fashion statement, just like aviation sunglasses or surfing shorts. …

END_OF_DOCUMENT_TOKEN_TO_BE_REPLACED

Have you ever noticed other divers around you with two or more cylinders? There are obviously various …