Fishing is a major global industry, and technological advancements have led to innovative methods for catching fish. These advancements have made it easier to catch more fish at once (at least in the beginning), but, unfortunately, the growth of the fishing industry has had dire effects on our ocean as a whole.

The most obvious threat posed by large-scale commercial fisheries is the depletion of fish stocks in our seas. In fact, commercial fishing is responsible for the loss of an astounding two-thirds of predatory fish (the ones humans like to eat) from our oceans since the 70s.

But it doesn’t stop there. Non-specific fishing methods have caused huge declines in the populations of other marine species, even ones we don’t typically eat, like sharks, turtles, and rays.

What’s more, destructive fishing practices actively destroy our seabeds and coral reefs, and lost and discarded fishing gear is the most significant contributor to the plastic floating around our oceans.

Clearly, the fishing industry has a lot to answer for, but before we can call on the industry to improve its practices, we need to understand the magnitude of the problem. So, let’s take a closer look at how the commercial fishing industry harms our marine world.

Let’s start with overfishing. Overfishing is, quite simply, catching so many of a certain type of fish at once that the population takes a huge hit, and the remaining breeding population can’t reproduce fast enough to make up for it. If the overfishing continues, this can lead to drastic declines in fish populations, as has occurred for Atlantic Halibut, Blue Fin Tuna, and others.

Millions of people worldwide depend on fish as a primary food source, which means that many of these people will go hungry if fish populations continue to fall.

But this isn’t the only effect of overfishing. Certain fish species have pivotal roles within marine ecosystems and, without them, entire ecosystems can collapse.

For instance, herbivorous fish like to prowl coral reefs and eat the algae that often grows on corals. The removal of this external algae allows corals to use the sun’s light (which can now reach them directly) to feed. When herbivorous fish species are overfished, the algae remains on the coral, the corals can no longer feed, and entire reefs, and the life they support, can be wiped out.

As well as contributing to food shortages by reducing reef fish populations, which many coastal communities depend on, this also leads to job losses in the eco-tourism industry in these same communities.

As the commercial fishing industry has evolved, large-scale techniques have developed to catch as many fish as possible. Unfortunately, this not only contributes to the overfishing of target species. Non-target species, such as turtles, dolphins, and even birds, are caught as well.

As there’s no market for these species, these animals are tossed back into the ocean -typically injured or dead. They are referred to as ‘by-catch’.

Longlining is one such harmful fishing technique. The lines contain thousands of baited hooks and span huge distances (the average longline in the US is 45 km long).

Sharks are particularly vulnerable to the hooks in these lines, as they often hunt for the very same fish the hooks are designed to catch – which means they will be in the same areas. Tragically, this has led to considerable declines in shark populations. Shark and ray populations have dropped by 71% since 1970 as a direct result of fishing pressures.

Commercial fisheries threaten our food supply through overfishing and endanger numerous other species by using non-specific techniques, but they also damage the very foundations of our oceans.

With the bottom trawling technique, for example, nets and chunks of metal are being dragged across the seafloor to scoop up whatever lies in wait. This technique has a devastating effect on benthic habitats found on the seabed. Corals and sponges that can take thousands of years to grow are destroyed in seconds as heavy objects are dragged over them.

What’s more, the process stirs up the sediment sitting at the bottom of the ocean (a bit like when you shake a snowglobe), which significantly alters the seafloor environment. Light- and nutrient levels change, so that remaining species will likely suffer too.

The corals, sponges, and various plants destroyed by trawlers are pivotal players in deep-sea ecosystems, and so destroying them can cause entire communities to collapse.

There are further-reaching effects, too. For instance, whales and other creatures use geographical features to navigate their way around the oceans, and without them, their migratory routes or feeding patterns may suffer.

And finally, plastic pollution. We’re sure you’ve all heard about this before. In fact, the revelation that the microbeads found in some face scrubs were making their way into our oceans and being consumed by marine organisms made international headlines. It resulted in their ban in several countries.

Yet, while much of the world was focusing on microbeads, the commercial fishing industry was operating behind the scenes. They became the number one contributor to the plastic in our oceans.

While it’s generally accepted that fishing gear sometimes gets lost in the line of duty (after all, lines do snap and nets do snag), the problem is far worse than most people ever knew.

The Great Pacific Garbage Patch is a huge collection of floating ocean debris that spans an area three times as big as France. And guess what? At least 46% of it is made up of fishing nets (not to mention all the other fishing-related gear floating around in there).

Nanoplastics have been found in fish that humans eat, too. These discoveries are fairly recent, and more work needs to be done to investigate the potential impact on humans of consuming fish filled with plastic, but the odds are, it’s not going to be good.

Ocean plastics have also caused the death of countless marine animals. You might have heard of the baby whale that washed up dead with 88 pounds of plastic in its stomach. Sadly, as overfishing continues to reduce fish supplies and animals struggle to find food, this is likely to become an increasingly common occurrence.

Another impact of floating plastics is entanglement. As plastics, particularly nets, float around our seas, they can ensnare marine life with fatal consequences.

You might find it hard to believe, but a common fishing technique is to actually let plastic devices (known as fish aggregating devices, or FADs) loose into the sea and return later to catch the fish that have gathered there. Inevitably, many of these nets go astray and not only ensnare marine life but also often wind up on fragile coral reefs, where they wreak further havoc.

As we’ve seen, the commercial fishing industry really does have a lot to answer for. Not only is it responsible for the dwindling amounts of fish in our ocean, it’s also endangering species through non-targeted fishing, destroying fragile marine ecosystems, causing job losses in eco-tourism, and contributing massively to plastic pollution.

While this all sounds pretty bleak, the good news is that commercial fishing is now under more scrutiny than ever before, so let us hope that the pressure continues and new, more sustainable practices are employed before it’s too late. 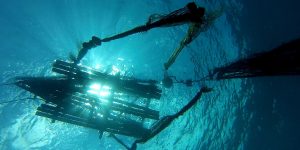 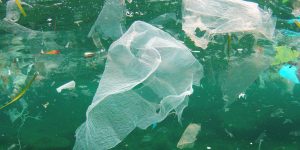 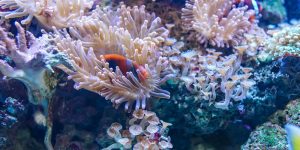